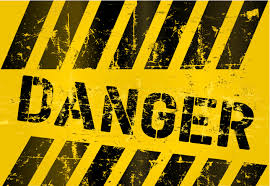 Many people think floristry is the dream job. The idea of being in a small shop and playing with flowers appeals to many people. I have always joked that people don’t understand just how ‘dangerous’ life as a florist can be, and how it can quite literally be risky business!

You think about it, many florist businesses are small owner operator set ups, where you usually find someone is working alone the vast majority of the time. What does that mean? Well, you are opening and closing up a shop, each and every day where the work is laborious; heavy, hard, repetitive and back breaking. Add to that the fact that florists are usually at work long before anyone else is awake, starting the market run around 4 am and they are still around once the other businesses have closed their doors. This leaves them in the most vulnerable position; at risk to armed robbery, fatigue, OH&S incidents/accidents and more.

Just last week a small florist business at busy Sydney Central Station was the scene of a very sad, and disturbing series of events that unfortunately saw a 30 year old man shot dead. NSW Police were called to the Eddy Avenue Florist at approximately 6:45pm on Wednesday 26th July following reports of an armed robbery.

From many reports it seems that the man, since identified at 30 Year old Danukul Mokmool, may have been a drug user with some mental health issues and it is a sad end to his story. But my heart goes out to poor Emmanuel Theoharas who has been running the florist for some 46 years. I’m sure that this was not what he thought his day was going to look like, but he turned up to open the store again Thursday morning and will do each and every day that follows. That would have been some scary stuff and I’m not so sure that everyone could bounce back so quickly. For operations that are bigger, yes there will be others there to share the workload and have your back, but maybe you will work off site in an unfamiliar situation. You may be up a ladder hanging things from a ceiling, or lifting large pieces up into the centre of a a table, repetitively straingin your lower back. Long hours, particularly in event work will see you existing as if you are constantly jet lagged, making your response time slower. And remember we work with scissors and knives all day every day (with the occasional hammer, saw, pliers and power tools thrown in too)- sounds like a recipe for success doesn’t it?

The retail world has changed dramatically over the past decade. As a whole, we are a society that relies less on cash, and more on credit.  In years gone by, a florist basically survived on cash transactions, but like any legitimate business, as time has passed, technological advances and society’s demand for conveniences has seen us adapt. In some ways it probably lured us into a false sense of security. I mean, anyone who works within our industry knows, it wouldn’t be worth the risk to rob what cash you would find in the till these days! In some ways we probably don’t feel as though we need to be as wary or hyper vigilant as we once did, and I guess in some ways, because there is less cash, the risk has lessened. But back in those days, the cash florist was selling posies and box arrangements…..These days we are in the business of construction with no formal certification; creating huge wall hanging arrangements, working through the night on little or no sleep, a concoction of caffeine, chocolate, lollies or cigarettes (depending on your preference).

Let’s think about that for a second….a Jet lagged Construction worker, operating machinery at heights while wielding scissors or a knife…..

Told you floristry was a dangerous job!