Yay! Summer is here! In my books that equals, long sunny days, beach trips, and sand…. EVERYWHERE! On one hand, with more hours of daylight everyday, we spend more times outdoors, enjoying the environment and activities with family and friends. On the other, our home becomes our cool, calm, clean, sanctuary to retreat to after a hard days work or activity. Flowers are never more important!

The thing about Sydney’s summers is that the weather is so inconsistent; hot one day, cool the next, extreme fire warnings, then terrifying thunderstorms or hail…..and it is the dramatic changes in temperature and humidity that wreak such havoc on us, and on the blooms available throughout the warmer months.

In an industry governed by weather, it is sometimes hard to say how long a bloom will last for you at home, whether it will be available in a week or two, or even what colours we can guarantee. This is sometimes hard for people to understand, but we are at the mercy of Mother Nature and really have no control over some of these bigger issues and what consequences they may have. For example, did you know that with a spell of hot weather a pure white David Austin Rose, becomes ‘flushed’ with a pale pink?

Or did you know entire crops can be destroyed by storms or hail? Some times this damage does not show up for several days, and in some cases that means it has already passed through the markets and our store and has made its way to your home.

I’m not quite sure why people expect so much out of flowers, knowing how the hot weather affects us all. Perhaps it is because they are a luxury item, and if they don’t last as long as the consumer believes they should, then perhaps they can’t find room for them in their weekly budget. Whatever the case, it is our job to educate the consumers on realistic vase life and care instructions.

Many of the seasons favourites do suffer in the extreme heat, and as a result, during late Spring, Summer and even early Autumn, you will see decreased vase life. Some of these seasonal beauties, in the heat of summer, may very well only last 3 days, and that is totally reasonable. Whilst air conditioning can dehydrate flowers, it would be preferable for your vaseful of flowers to be in a cool room. Avoid placing your vases in direct sun, near draughts (windows) or leaving your flowers out of water for long lengths of time after purchase.

A couple of weeks ago a very good customer of mine came in to complain about a vase of flowers he bought from us, in the week of the 43 degree heat. The Peonies, Delphinium and Columbian roses had lasted 6 days. The reason he chose to complain was that he had been used to our flowers lasting up to two weeks during winter and was extremely disappointed that he hadn’t seen the same longevity from this vase.

We explained that the choice of flowers had been different, the weather had been unseasonably warm, and that the vase life that he had enjoyed was pretty realistic given these factors. He wasn’t thrilled. He believes that rather than let him choose his arrangement based on what he liked, we should have told him not to buy those blooms given they were not ‘long lasting’. Had he asked what blooms were long lasting, I certainly would have steered him in another direction, however he hadn’t. He had chose the arrangement himself based on what he liked.

What do you think, should we ‘warn’ consumers about the vase life of each and every flowers voluntarily before they purchase? Or should we simply answer the question when asked?

Whenever someone begins their flower brief with “It has to be long lasting” we are immediately restricted to things like native blooms, tropical or lilies….but often this isn’t the ‘look’ they are after. As designers it makes it difficult for us to provide something that fulfils each of the requirements of the brief. After all, you can’t have it all!!!

If like me you like to enjoy things whilst they are in season, knowing that that moment in time will pass and you won’t get it back, here are some summer favourites: 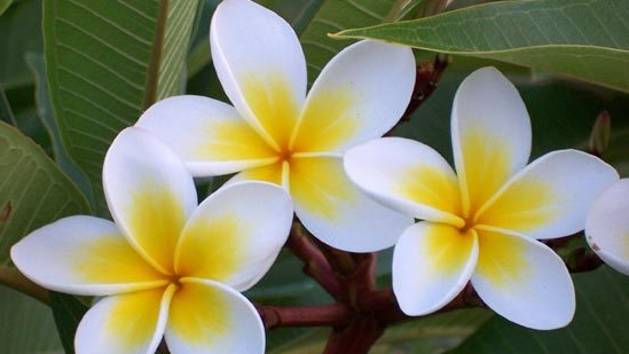