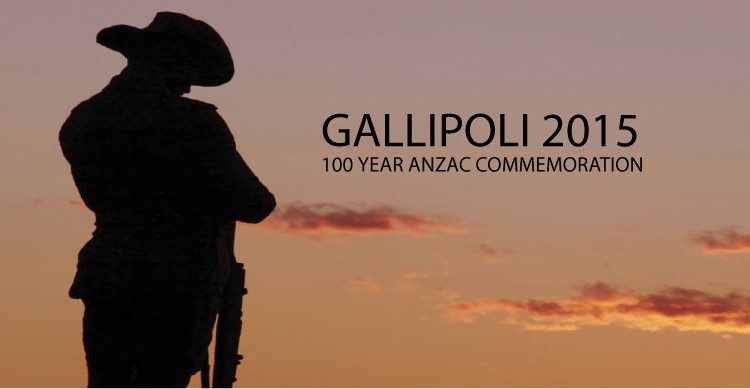 Anzac Day, marks the anniversary of Australian and New Zealand forces, in their first major military effort, landing on Gallipoli during the first world war. It is a day that Australians (and New Zealanders alike) take very personally, and certainly could well be Australia’s most important national occasion.

The Australian and New Zealand forces landed on Gallipoli on 25 April, being met with fierce resistance by the Ottoman Turkish defenders. What had supposed to have been a bold strike to knock Turkey out of the war quickly turned into a stalemate, and the campaign dragged on for a further eight months. Over 8,000 Australian soldiers had been killed by the time the allied forces were evacuated at the end of 1915. .

Although the Gallipoli campaign had failed in its military objective, what was to be known as the “anzac legend” was born, and became an integral part of the identity of both nations. It has certainly left a powerful legacy.

Anzac Day is a day of national remembrance, taking two forms: commemorative dawn services and commemorative ceremonies, which tend to be more formal and take place at war memorials all over the country. In these ways, Anzac Day is a time when Australians reflect on the many different meanings of war.

* Anzac day was officially named in 1916 and was marked by a wide variety of ceremonies and services in Australia, a march through London, and a sports day in the Australian camp in Egypt.

*During the 1920s Anzac Day became established as a national day of commemoration for the 60,000 Australians who had died during the war.

*In 1927, for the first time every state observed some form of public holiday on Anzac Day.

*By the mid-1930s, all the rituals we now associate with the day – dawn vigils, marches, memorial services, reunions, two-up games – were firmly established as part of Anzac Day culture.

The Dawn Service observed on Anzac Day has its origins in a military routine which is still followed by the Australian Army today. During battle, the half-light of dawn was one of the most favoured times for an attack, although dusk is equally favourable for attacks.

These days families and young people are encouraged to participate in dawn services as many soldiers pass on. It is a beautiful and fitting tribute to the brave men and women who fought throughout both the first and second world wars, and in fact, all military operations in which Australia has been involved

“Anzac Day goes beyond the anniversary of the landing on Gallipoli in 1915. It is the day on which we remember Australians who served and died in all wars, conflicts, and peacekeeping operations. The spirit of Anzac, with its human qualities of courage, mateship, and sacrifice, continues to have meaning and relevance for our sense of national identity.”

Anzac Day is an incredibly important and emotional day for many Australians. It is so important that these stories are told, and the history passed down through the generations to come and that we respect what the generations before us has been through, and lived through and how it has shaped us as a nation.

We will remember them