Now I think pretty much every person on the planet has heard the term ‘fur baby’; a term defined by  the Oxford dictionary as ‘a person’s dog, cat, or other furry pet animal’. It has come to be understood that these ‘fur babies’ are on a level equal to that of any beloved member of the family, like one of your children even. Our pets have indeed become more pampered, primped and cared for over the years, with a booming business having emerged to keep up with this new level of love and maintenance. Having an animal is certainly hard work but it is also rewarding, after all, a fur baby will show you a level of affection, which makes the commitment worth it.

But let me ask you this…..have you ever considered having a ‘plant baby’?

According to an article in The Star Advertiser Honolulu, some are choosing to fill their lives with house plants instead of housemates. They suggest that many people lack the time and means to take on the commitment of pets, or having children, so are choosing to embrace house plants. Allegedly, these house plants are being given names and being talked to on a daily basis, or having music played to encouraged ‘growth’ 🤣 Now, while these methods are not scientifically proven, it can’t hurt right?

Houseplants do require a level of commitment if you want them to survive, however you can choose the best fit for you and your lifestyle. Not home often and tend to forget to water your plants regularly? Try low maintenance plants like succulents, cacti or the lush Zanzibar, a plant accustomed to dry, arid conditions, yet with a lush, supple, tropical appearance.

Or perhaps you like something elegant and colourful, and can make the time to water it weekly? Orchid plants are such wonderful value as they flower for weeks to months, and when cared for correctly will flower once or twice a year.

Do you like something to have dual purpose? Why not create a gorgeous garden of edible flowers and microherbs in a sunny spot near the kitchen? Not only will it look gorgeous, but you can harvest what you need at each meal.

I also love good old favourites like Boston ferns or Maiden Hair ferns. They do require a shady spot that gets just gentle sunlight. Ferns are also one of those wonderful plants that actually help clean the air; absorbing pollen, bacterias and moulds, whilst taking in carbon dioxide to process into oxygen. Ferns look great in hanging baskets or pots allowing them to become pendulous. They can also work in tabletop pots or terrariums. 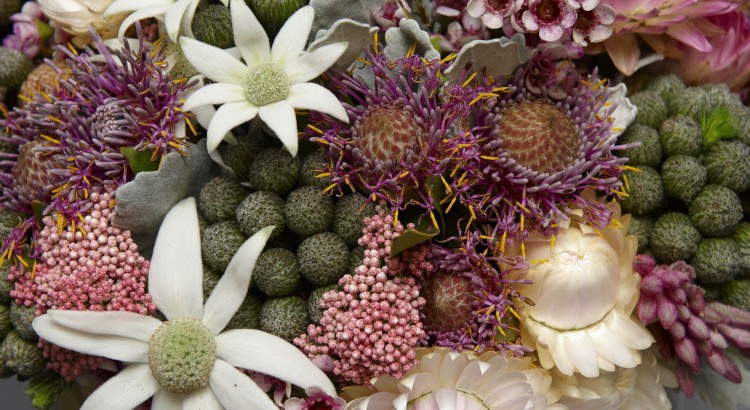 The 2018 Commonwealth Games, which started on April 4th is currently being held on Australia’s Gold Coast, and runs until April 15th. Just a few weeks ago, our blog post was on the growing popularity of native flora, which shone so brightly under the international spotlight back in the 2000 Sydney Olympics. So given that the Gold Coast has been playing host to the Commonwealth Games recently, it came as a bit of surprise to many I’m sure, that no bouquets of flowers were given to the medal winners.

Traditionally , all medal winners at sporting events have been presented with a bouquet of unique native flora, and it provides a wonderful platform for local growers and businesses in the process.

It is estimated that Queensland growers alone have missed out on approximately $12 million worth of business opportunities after the Commonwealth Games organisers made the decision to cut the Australian flower gift bouquets. Instead, the medal winners were gifted a plush toy, a decision that has angered many within the flower industry, frustrated at the wasted opportunity to showcase what the State, and Country has on offer.

This fight has been going on for the last two years, with Flower Association of Queensland executive officer Shane Holborn working tirelessly to get flowers presented at the Games. And unbelievably, the flower association even offered to provide the flowers for free. They were certain that the opportunity to turn the spotlight on our Native Flora and provide world wide exposure, would have had a profound long term affect on the industry.

“Media from all around the world would have seen what we have to offer,” Mr Holborn continued.

A spokesperson from the Gold Coast 2018 Commonwealth Games Corporation said that the decision to given the plush toy rather than flowers was made so that the medallists could take the special memento home with them, something that could not be done with flowers for biosecurity reasons.

It certainly does seem a shame given that in the past a gift in addition to flowers has been presented like in Glasgow where medallists received a two handled drinking cup/bowl (a quaint) as well as an arrangement. In total 590 flower arrangements were created and presented. There is a large flower industry growing in Bundaberg, and many more growers sprinkled through the state of Queensland, so this would have presented a fantastic business opportunity and exposure. Certainly for any florist designing and creating arrangements for the Games would have been a fantastic experience also.

Whilst the challenges with biosecurity can be understood, the medallists go home with quite a magnificent memento as it is, and it seems a shame to miss such a stellar opportunity for an industry which so often does it really hard. For anyone who works in agriculture, or commercial growing of any kind, it is such a hard slog, and is so often affected by forces far beyond your control. It certainly would have been a much needed boost to an industry that has it’s fair share of challenges.

What do you think? Did you notice the absence of flower bouquets at the games like I did? As a florist, it goes without saying that I find natural, fresh cut flowers absolutely beautiful. Nature creates the most exquisite intricacies in each flower petal, so that each bloom is stunningly unique. These are the details that we look to exploit when we put an arrangement together; we look at the minute differences and play around with the variations in colour and texture to build an arrangement that is eye catching and exquisite.

Often, our clients also have a vision when they walk through our doors. Perhaps they have a particular bloom in mind, or a specific colour. It is made all the more important when this detail is central to a theme for a party or event….so what is a florist to do if what the client wants is just not available?

“There is a place for faux flowers today,” says Whitney Robinson, editor in chief of Elle Decor. “They are essentially copies of what you would buy fresh…not everyone has the time or budget to be able to buy fresh consistently. We are entering a new era in faux flowers as well, toward a new generation of paper flowers that takes the artistry to the next level.”

It seems that with our busy lifestyles today, consumers are looking for a way to decorate their homes/offices or events without the maintenance that fresh flowers require. In the last few years many florists and homewares stores have begun stocking larger quantities of faux flowers to keep up with demand. With modern materials and more realistic production, these faux flowers are a very suitable alternative to the real deal. Sure, they do require some dusting and fluffing but they make sense for many spaces.

Some people will still turn their noses up….that is unavoidable, and sure, there are some blooms that look better and more realistic than others, the key is making the right choice for your space. And believe it or not, it is not only the humble working class that are embracing these no fuss, floral alternatives, faux flowers have got some real street cred.

When Michelle Obama, the then First Lady had tables adorned with hibiscus envisioned for a Korean State dinner, artist Livia Cetti set upon designing exquisite handmade paper ones as the fresh version was far too fragile to be up for the task at the White House. In fact, paper flowers are moonlighting at some of the best addresses, and are being accepted by decorators, designers and influencers around the world. Cetti, once a stylist for Martha Stewart has now written two how-to books on paper flowers. She supplies her paper flowers to some of the high end shops in New York and sells them on her website, with prices starting from $35 per stem (some are priced at $200 a piece!) “People like the fact that paper flowers stay around for a while,” Cetti says. “My objective isn’t to be as realistic as possible; it’s to find the character and feeling of each flower and interpret that.”